I hope you have all enjoyed seeing the wonderful Secret Sister gifts that I received and also those I sent to my Secret Sister over the last 2 weeks or so. I really wish I could share my recent items I made for this new round of Secret Sister but alas they will have to wait till January so I don’t spoil my Secret Sisters surprise just in case she happens to visit my blog and see them.

I do however have some things to show you over the next few days and that is items I’ve made for recent or upcoming family birthdays.

The first one will be my 2nd daughter’s birthday which was today and she turned 11. The birthday girl, Courtney, loves the colour blue. I made her lolly boxes just like I made for 2 of her sisters back in September but instead of being pink hers were blue. Baja Breeze to be exact. 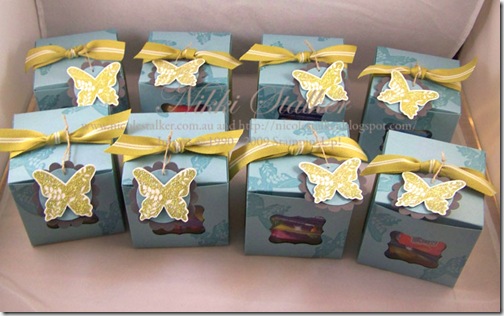 Don’t they look great. And guess what? One of her friends didn’t show (we hadn’t received a reply so we weren’t real sure either way) but I’d made one just in case. You know the way it works. If I didn’t make one she would have come so I thought I’d be prepared. But don’t worry it wasn’t wasted, I got one……lol

I’m so glad Marelle Taylor shared the instructions for these Seven’s Boxes as I have now used them for 3 of my girls birthdays now. My other daughters birthday was back in May and I made her little handbags designed by Makeesha Byl.

Guess what? I also made her card before her birthday. Well I guess technically it wasn’t but it was before she woke up…..hahaha. I had a late night/early morning (2:15am bed) finishing off the lolly boxes, wrapping her presents and making her card. However, I was determined to have them all done before I went to bed so then I didn’t have to rush around in the morning.

Again I followed the Blue theme and also used the Great Friend stamp set. I’m really going to miss this set when the Spring Mini end at the end of November. I truly hope it makes it into the next big IB&C in September 2010 but it will be a long wait to find out. 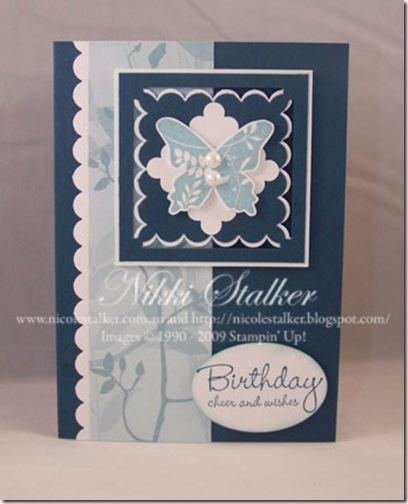 I’ve used Not Quite Navy as my base card, some Walk in the Park DSP which is a Baja Breeze print and for the 3rd colour I went with Whisper White.

I can’t remember where I saw this layout but I really like it at the moment and the double layer Scallop Edge Medallion really sets the card off. I’ve been meaning to try this for a while and last month Kirrily Matthews took some great Christmas Cards using this to Marelle Taylor’s team meeting for show & tell.  After seeing her cards I knew I had to give it a go sooner rather than later. I had already printed the SCS tutorial to do this but had put it aside until Kirrily’s reminder.

If you pop back tomorrow I’ll show you what I made for my dad’s birthday which is next Saturday. 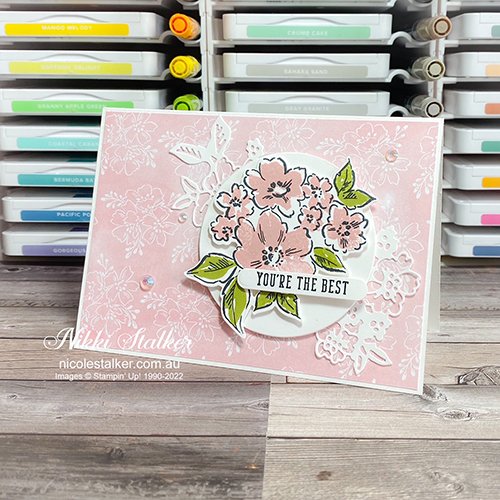 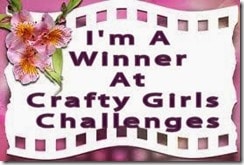 It’s time for a new challenge over at Inkspirational and this time we have a Photo Inkspiration for you. Here’s the photo […] 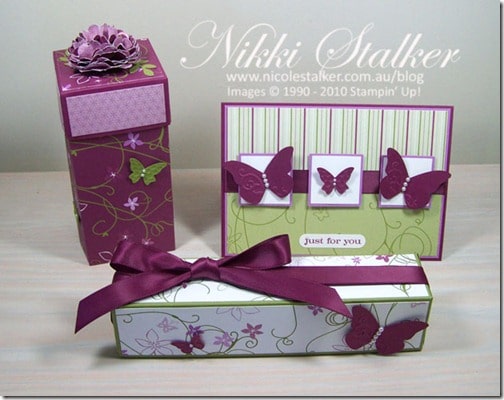 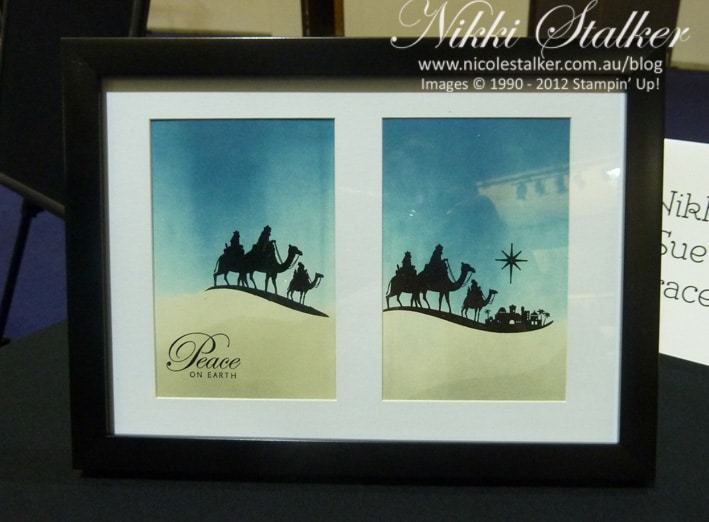 I’m back with my final creation today. For this one I’ve used the Come To Bethlehem stamp set. I photographed this one […] 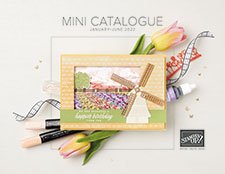 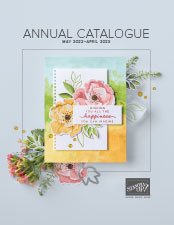